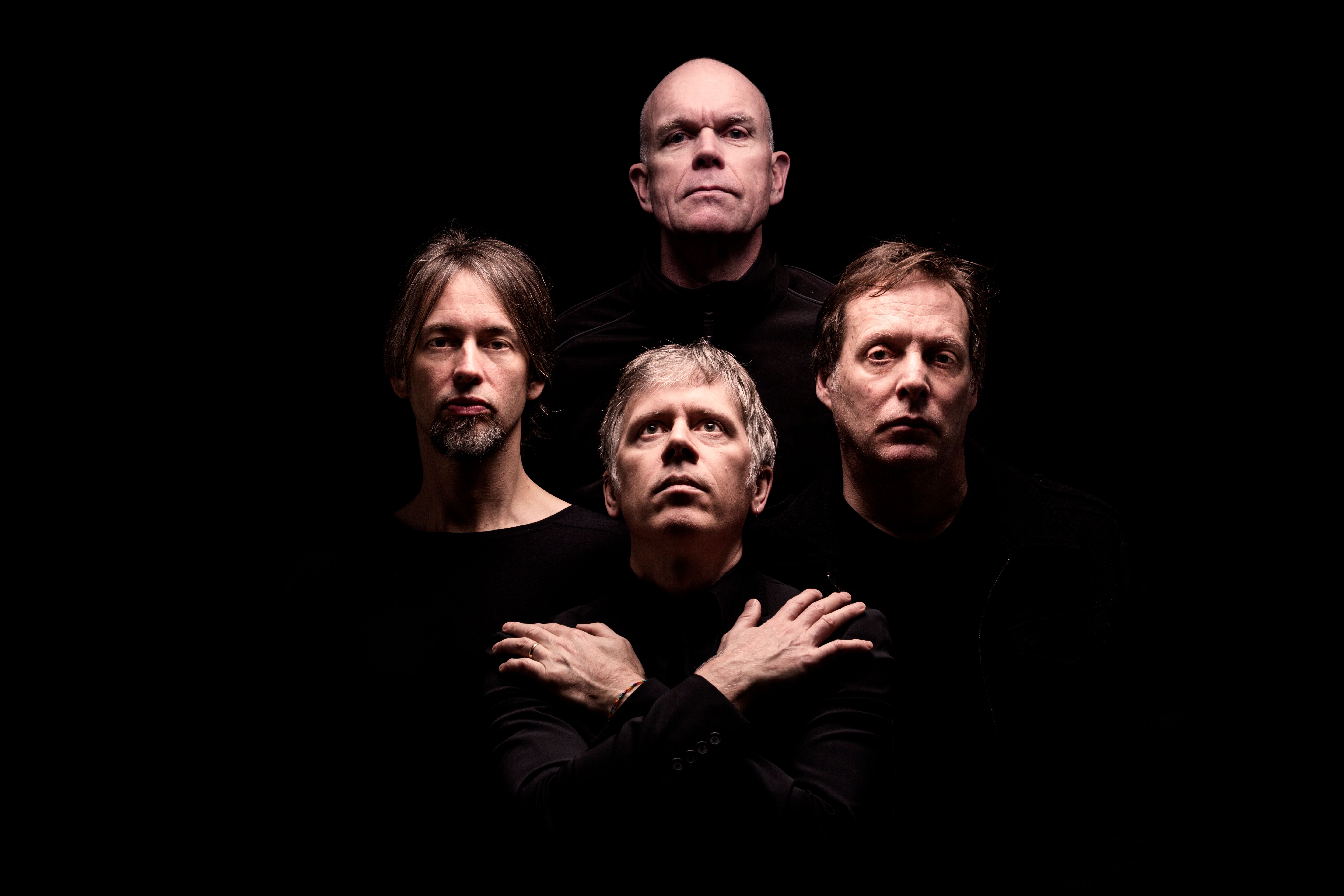 The band was formed in 1987 in Vancouver, British Columbia, consisting of vocalist-guitarists Craig Northey and Steven Drake (both of whom had led different bands appearing on a Vancouver music compilation album, Spotlight ’86), bassist Doug Elliott and drummer Paul Brennan. The band members claim the name came when Brennan asked Drake, in a town somewhere on the BC coast, “What are the odds of us ever escaping bullshit gigs like this?”

In the late 1980s, the band played up to four nights a week as a 1960s and 1970s cover band called Dawn Patrol at the Roxy nightclub in Vancouver, while playing as Odds on weekends and funding their own demo recordings at Crosstown Studios in North Vancouver, hoping for a break. They traveled to Los Angeles doing showcases and eventually signed to Zoo Entertainment.

In 1991 they released their debut self-produced album Neopolitan, which spawned the radio hits “Love Is the Subject” and “King of the Heap” (both sung by Northey). The third single, the sexually explicit “Wendy Under the Stars” (sung by Drake), failed to chart, but attracted the attention of music critic Greil Marcus in his book Dead Elvis. After the release of Neopolitan, the band were picked up by Warren Zevon, becoming his touring band for his album Mr. Bad Example.

In 1993, Zevon returned the favor by guesting on the bands Bedbugs album. Its lead single was “Heterosexual Man”. The video for that song featured the band members performing in drag, with Dave Foley, Kevin McDonald and Mark McKinney from The Kids in the Hall, themselves often noted for drag performances, as stereotypically macho jocks in the audience until Foley inexplicably turns into a woman. Three more singles were released from the album: “It Falls Apart”, “Jackhammer” and the Europe only “Yes (Means it’s Hard to Say No)”. “Jackhammer” features a guitar battle between Robert Quine (Lou Reed, Richard Hell, Matthew Sweet, etc.) and Zevon.

In 1995 Brennan left the band, moving to Toronto during the recording of their third album, and subsequently joined Big Sugar. He was replaced by Pat Steward, a friend of Doug’s & former drummer for Bryan Adams. Good Weird Feeling, their most commercially successful album, included drum tracks from both Brennan and Steward. The album featured the top 10 hit singles “Truth Untold” and “Eat My Brain”. “Satisfied” hit the top 20. “Mercy to Go” and “Smokescreen” also charted. “Eat My Brain” later found a place on the Craig Northey-produced soundtrack to the The Kids in the Hall movie Brain Candy. Northey composed the score for the movie along with Steward and Elliott.

In 1996 the album Nest was released. The track “Someone Who’s Cool” originally intended for a sequel to the Friends soundtrack, was their first No. 1 single in their native Canada. It hit the U.S. top 40 and was No. 3 at AAA radio. It later was also used as the title theme for the short-lived CBS comedy Love Monkey. The follow-up single “Make You Mad” featured a video which was co-directed by and starred Bruce McCulloch of The Kids in the Hall. “Nothing Beautiful” was the third single.

Odds toured extensively during the 1990s, including as an opening act for The Tragically Hip and Barenaked Ladies. The band performed until 1999, headlining that year’s Arts County Fair year-end concert at the University of British Columbia, but released no further new studio albums.

Northey announced that he was leaving the band in 1999, although he continued to work with Elliott and Steward frequently in subsequent years. The band members pursued other projects after 1999, releasing a greatest hits/singles compilation in 2000, entitled Singles: Individually Wrapped. A second compilation, The Essentials, was released in 2005.

Later in 1999 Elliott, Steward and Northey teamed up with organist Simon Kendall (of Doug & the Slugs) to release an instrumental soul CD under the moniker Sharkskin. Drake followed up his previous work mixing The Tragically Hip’s 1996 album Trouble at the Henhouse by furthering his career as a recording engineer and producer based in Vancouver.

Northey released a solo album, Giddy Up, in 2002, and worked as a songwriter and producer for other acts (including Rosanne Cash) throughout the decade. In 2004, he collaborated with Gin Blossoms guitarist Jesse Valenzuela on the Northey Valenzuela album. The pair also recorded the theme song to the sitcom Corner Gas, “Not a Lot Going On”. Northey, Steward and Elliott all recorded and toured with Rob Baker of the Tragically Hip as the band Stripper’s Union, and continued to perform as the Craig Northey Power Trio, in addition to forming the core of the backup band for Canadian blues-rock guitarist Colin James.

In 2007, Craig Northey, Doug Elliott, Pat Steward and new guitarist Murray Atkinson performed old and new songs on the Barenaked Ladies’ “Ships and Dip” event aboard a cruise ship in the Caribbean Sea. They released a new album, Cheerleader, on May 20, 2008, with Northey now performing all lead vocals. It was the very first release by Kim Cooke’s new label Pheromone Recordings.[3] The first single, “My Happy Place,” was released in mid-March.[4] However, as the band’s rights to the name Odds had lapsed, the album was released under the name The New Odds.

After re-securing rights to its original name, the band obtained U.S. distribution through independent record label Second Motion Records. A new EP, Noise Trade (named for the website used to sell it), comprising several songs from Cheerleader and covers of tunes from Pointed Sticks and Art Bergmann was prepared for early 2009 release. Early in the year, the band also appeared as themselves (in retro-’50s garb) during a dream sequence in the final season of the Corner Gas television series. The band continues to perform regularly, mostly at festivals and events across Canada including such performances as on the 2009 and 2010 Canadian Pacific Holiday train. During the 2010 Winter Olympics in Vancouver Odds were the “house band” at Canada Hockey House.

The band was named the Vancouver Canucks ‘house band’ of the 2010 and 2011 NHL playoffs. The Odds performed the theme music to the CBC/IFC television series The Kids in the Hall: Death Comes to Town.